This avalanche rose displays avalanche activity that we believe failed on the 1/19 persistent weak layer interface.  In most cases, this is on surface hoar, but on some cases on southerly aspects, this was on a crust/facet layer.  This is meant to show a general pattern , and there are some strong sampling biases to consider.  First, we did not have views of above treeline terrain 7 days while the weak layer was being buried and failing.  If there was evidence of natural avalanche activity above treeline on PWL,  it was likely brushed over by subsequent snow/winds before we set eyes on it. We also have very few due north and northwest paths near town, and a lot of human traffic is concentrated on NE and E aspects at lower elevations.  I think the take-home point here is that the action has been most concentrated near and below treeline, especially and NE/E aspects, but poor structures exist around the compass, and we have significantly less persistent slab data and lower confidence for above treeline slopes.  Size is generally larger on leeward aspects and higher elevations.  This rose does not include wind slabs that appeared to break in mid-storm layers and will be healing quickly now.  -Zach Guy 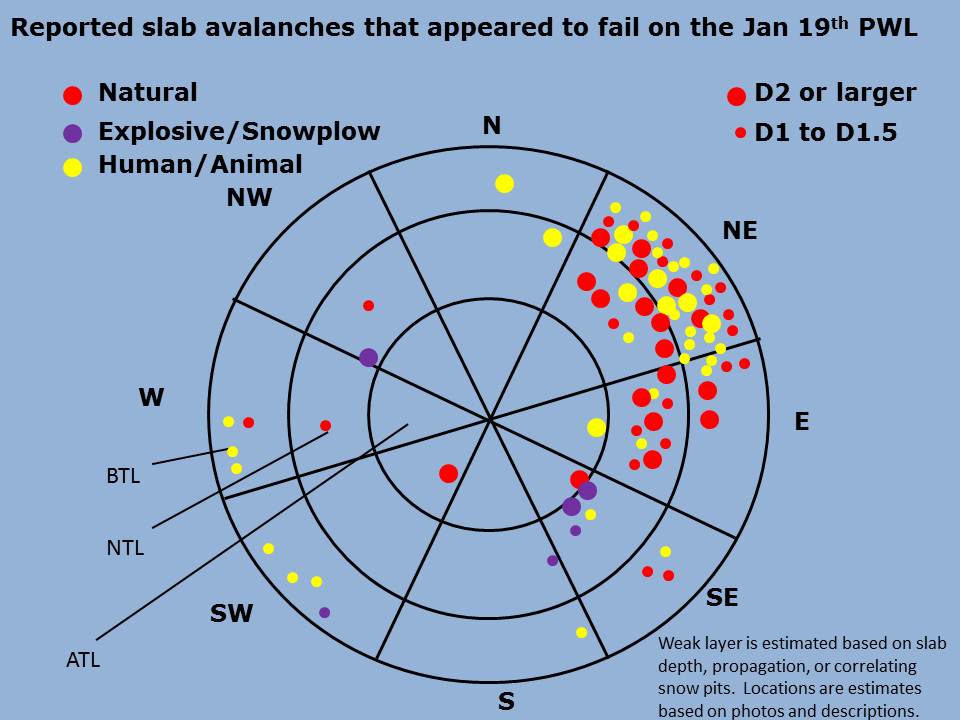